China is burning (carbon) for you 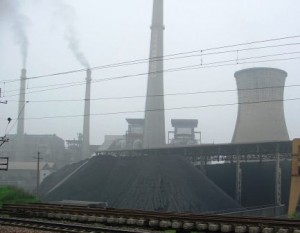 Do not ask for whom China’s carbon burns, it burns for you! A new article in press at Energy Policy by Lin and Sun assesses the extent of carbon emitted to the atmosphere in China because of exports produced for consumption by other nations. While the exact contributions by exports are complex, and depend on economic sectors, as much as 1/3 of all carbon emitted from China is emitted to produce goods that will be consumed by other nations, according to Weber et al. 2008, and this is the main driver of increases in China’s carbon emissions (Guan et al., 2009). This effect, termed “carbon leakage”, not only causes problems in fairly accounting for carbon release by nations for their own populations, it gives nations that have the money the opportunity to purchase their way out of carbon emissions- by getting China and other nations to burn carbon for them.

As we move towards a new carbon economy, it would be a very good thing to close this carbon loophole, making it impossible for the USA and other rich nations to offset their carbon emissions by simply exporting them to China and other nations that still rely on industry to produce their economic wealth.

The carbon revolution begins at home!