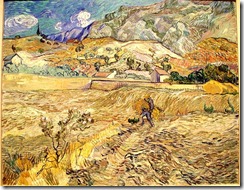 Ecologists are studying the least human parts of the most human ecosystems and the most human parts of the wildest ecosystems while favoring the Temperate zone over the Tropics (Nature News Article by Zoë Corbyn: “Ecologists shun the urban jungle”). That’s what we’ve learned since Laura Martin, a graduate student at Cornell’s Department of Natural Resources, came to me with her unprecedented geographic database of ecological studies from the past 5 years of the top 10 scientific journals in ecology. She had already determined that most ecological studies are conducted in protected areas even though most of earth’s terrestrial ecosystems are used directly for agriculture or settlements or embedded directly within these used lands (Ellis and Ramankutty 2008, Ellis et al., 2010). She asked me to determine how these studies related to human ecosystems, or anthromes, and to the natural global patterns of ecosystems; the biomes. We both thought that we would demonstrate that ecologists have overstudied wild ecosystems and understudied human ecosystems.

But how wrong we were! What we found surprised us so much that we thought we had made a mistake: even though ecologists had reported their research sites as being within protected areas, a shocking number of these were embedded within urban and dense settlements anthromes, ten times more than if ecologists had selected their research sites at random. Clearly, ecologists were not preferentially studying wild ecosystems, but were, in fact, studying the novel ecosystems (Hobbs et al., 2006, 2009) embedded within the landscapes most used by humans, while trying to avoid consideration of their human influences. Moreover, the seminatural anthromes, the ecosystems in which human influences are significant but not extensive, were also overstudied when compared to their global area, while Earth’s true wildlands (areas without evidence of human population or land use) were understudied by about 30% when compared with their global area. And the same for the most developed regions vs. developing nations and for the Temperate Zone vs. the Tropics.

There are good logistical reasons why ecologists conduct their studies close to home (much cheaper and easier!). But this does not justify avoiding the agricultural and settled areas close to home, and it means that ecological science still knows little of world outside the protected areas of the most developed nations- most of Africa and Asia are very poorly studied, especially the farms and grazing lands that cover nearly 40% of earth’s land today.

Here’s to a great discussion on this at the ecology meetings in Pittsburgh! (and great to see Anthromes in Nature!)

A new Indigenous geostorytelling platform, Tribal Stories, launched on Aug. 9, the International Day of the World’s Indigenous Peoples. It supports filmmaking and the use of geospatial data for storytelling and legal advocacy work. via @mongabay https://news.mongabay.com/2020/08/new-indigenous-storytelling-platform-brings-community-perspectives-to-the-world/