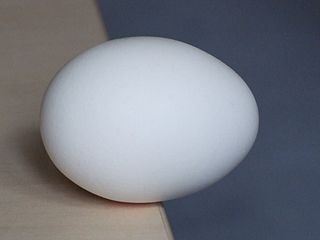 Is our planet now threatened by rapid global changes caused by human forcing of the terrestrial biosphere past a planetary tipping point? Two different articles in Nature have suggested that the answer may be yes (Rockstrom et al. 2009, Barnosky et al., 2012). Such is the question that Barry Brook, myself and colleagues evaluated recently in a peer-reviewed journal article now in press at TREE, and formed the basis for my opinion piece published today in NewScientist .

Our answer, in a nutshell, is: not likely based on current scientific knowledge, as detailed in our paper [pdf] and expressed in my opinion piece [pdf] (please read these for the details).

Our “eggs” are in many baskets, and our baskets are in many hands. For planetary (global scale) tipping points to exist in the terrestrial biosphere, the forces of humanity would need to act uniformly across the planet and all ecosystems would need to respond to them in the same way, and/or the response would need to be transmitted rapidly among Earth’s many ecosystems and continents to enable a synergistic global response to emerge.

It is essential to note that:

As with all scientific knowledge about our planet’s future, we cannot now know with absolute certainty what the future holds. There is only one Earth, and so we must base our knowledge of how the Earth system functions based a combination of historical observations and mechanistic models. At present, global models of the Earth system have yet to reach the level of sophistication needed to answer questions about global tipping points within the terrestrial biosphere or in the Earth system as a whole. So at this point, without adequate models or prior observations of human-induced global tipping points in the terrestrial biosphere, arguments for or against tipping points must be based on informed scientific opinion: that is the only current basis for any published work on this subject.

It is my hope and belief that global change science will one day have the evidence and global modeling power to resolve these very critical questions about the nature of humanity and our planet in the Anthropocene. Today, we must merely do our best with the science that we have.